YOUR Philadelphia 76ers put together one of their best performance of this short season so far on Wednesday night in Toronto.

Elton Brand scored a season-high 25 points, Andre Miller and Andre Iguodala each had 18 and the 76er’s snapped a three-game losing streak by beating the Raptors 106-96 in the Air Canada Centre.

Willie Green scored 17 points and Marreese Speights had 12 for the 76ers, who won for the first time in four tries away from home

Chris Bosh had 30 points and 12 rebounds, but Toronto still lost for the fourth time in five games after starting the season 3-0. Jermaine O’Neal added 19 points and 11 rebounds, and reserve Andrea Bargnani scored 15 for the Raptors. 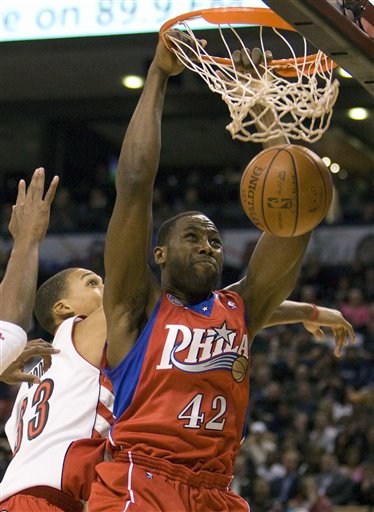 Next up for the Sixers are the Indiana Pacers on Friday night.