Iverson Fined for 2nd Time as a Piston

Detroit Pistons guard Allen Iverson was fined $25,000 by the league on Tuesday for making inappropriate comments toward a fan in a win at

Iverson made some obscene comments to a fan with 6.2 seconds remaining in the third quarter during the Pistons’ 90-86 victory over the Bobcats on Saturday.  It is still unclear as to what AI really did say.

Comments Off on Iverson Fined for 2nd Time as a Piston

Larry Brown and the Bobcats Beat the Sixers

Charlotte Bobcat guards DJ Augustin and Raymond Felton combined for 48 points, 16 assists and 12 rebounds in their third game starting together, and the Bobcats beat the Sixers 93-84 Monday to snap a four-game losing streak.

Elton Brand had 18 points, but made only 6 of 13 shots and fouled out with less then a minute to go.  Thaddeus Young was held to six points on 2-of-10 shooting.  Andre Iguodala added 17 points for the Sixers, who shot 40 percent and had their two-game winning streak snapped.

Next up for the Sixers are the Orlando Magic on Wednesday night from the Center.

Comments Off on Larry Brown and the Bobcats Beat the Sixers

Sixers Above .500 For the First Time this Season

Big Elton Brand had 23 points and 12 boards and Andre Iguodala added 15 points and the Philadelphia 76ers moved above .500 for the first time this season.  The 89-81 victory over the Golden State Warriors on Sunday was the Sixers second in a row.

Thaddeus Young contributed 12 points and Samuel Dalembert had 16 rebounds for the Sixers, who improved to 7-6. 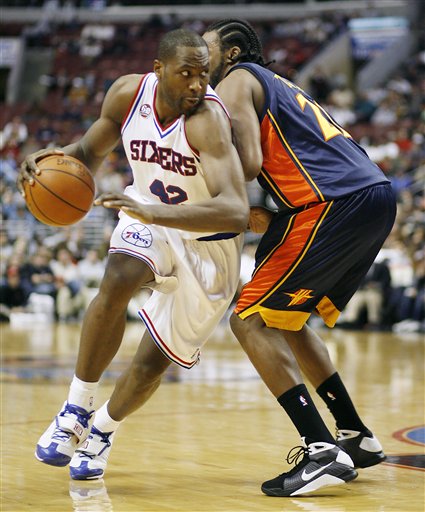 Kelenna Azubuike scored 16 while C.J. Watson and Stephen Jackson had 12 apiece for Golden State, which dropped its second in a row. Andris Biedrins and Brandan Wright had 10 apiece.

Next up for the Sixers are Larry Brown and the Bobcats tonight at 7:00 PM from Charlotte.

Comments Off on Sixers Above .500 For the First Time this Season 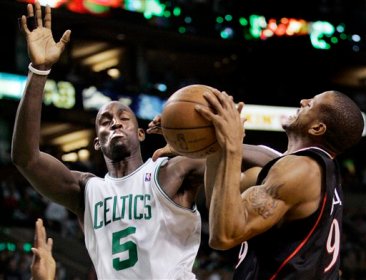