That the Philadelphia Eagles have been eliminated from the postseason seven times during coach Andy Reid’s 10 seasons, and all seven games have

been played in different stadiums.

Comments Off on Did You Know…

A source with knowledge of the situation confirmed a report on Yahoo yesterday that “Go Cards” and similar messages were burned into the front lawn of Eagles quarterback Donovan McNabb’s home in Chandler, Ariz., at some point last week.

The report said that McNabb’s wife, Roxie, and his three children were staying at the house, but the source said it was not clear if they were at the home at the time of the incident.

The website’s report said that McNabb took a photo of the damaged lawn and used it as a motivating factor for the NFC title game against the Cardinals.

According to the report, one of the culprits was identified after leaving a box at the scene with his mailing label attached.

Westbrook Sore but will Start

him to take the rest of the week off from actual practice and focus more on getting his aching muscles and sore knees ready for gametime come Sunday.   According to #36 himself:

Arizona receiver Anquan Boldin practiced Wednesday, and says he will play in Sunday’s NFC Championship Game against the Philadelphia Eagles.

This doesn’t bode well for the Eagle secondary as they will already have their hands full trying to contain Larry Fitzgerald.   I expect to see Asante Samuel man up on Larry Fitzgerald and Sheldon Brown to take on Quan.  Look for B Dawk and the Q’s, Mikell and Demps, to be helping out all day on this explosive wide receiving corps.

As my buddy Matt said yesterday on the email chain, ‘I’m more excited for Sunday, then any Christmas as a kid.”

Comments Off on Boldin Feels Much Better, Will Play Sunday

Bring on the Cardinals! 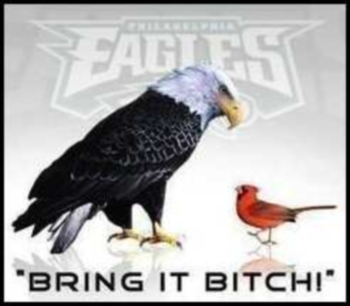 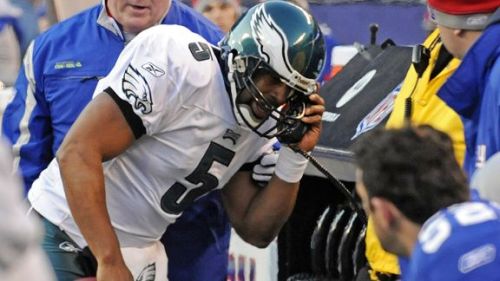 Comments Off on Donovan Ordering His Ring

B West Resting up for G-Men

Birds running back Brian Westbrook did not practice Wednesday and might be limited for the rest of the week.  Westbrook is nursing a badly

sprained right ankle and swollen left knee, said Wednesday that he probably won’t practice much this week.  Instead he will prepare for the Eagles’ divisional-round playoff game against NFC East rival, the New York Giants with an intensive regimen of weightlifting, stretching and running in a pool.

Westbrook said he will start against the Giants on Sunday, but only after taking a round of anti-inflammatory medication on Saturday night and Sunday morning to get the pain and swelling to a tolerable level.  Look for B West to torch the G-Men as he usually does.
GO BIRDS!

Tavaris Jackson Got … JACKED UP!

Chris Clemons (literally) paving the way for Asante Samuel on the INT return off an errant Tavaris Jackson throw.

Comments Off on Tavaris Jackson Got … JACKED UP!

After a long, tight, and tough game to watch from an fan’s standpoint Brian Westbrook finally broke one.

B West caught a screen pass out of the backfield and bursted through the Minny D for a devastating 71-yard touchdown midway through the fourth quarter, securing the Eagles victory in the Metrodome Sunday night. 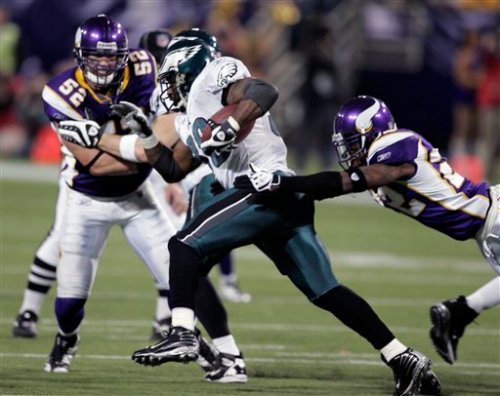 Philadelphia will play next Sunday in the Meadowlands against NFC East rival and defending champion New York Giants, where they won 20-14 on Dec. 7.  With the win, Arizona will now face Carolina in the other NFC semifinal Saturday.

Dawkins to the Rescue 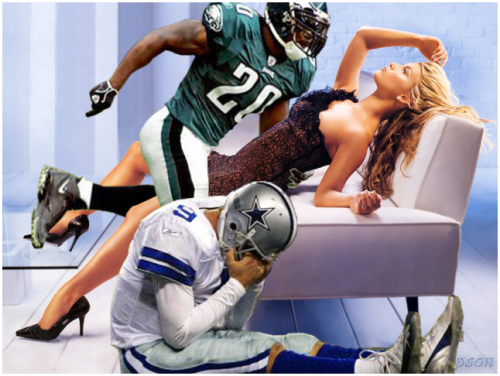 Comments Off on Dawkins to the Rescue